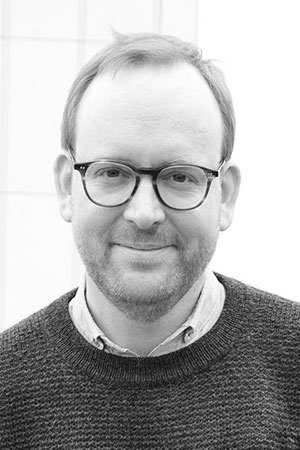 ZEITmagazin is a weekly newspaper magazine of the German language daily Die Zeit. In addition to unrivalled popularity in Germany, this magazine also has a fervent following amongst zine enthusiasts in different parts of the world. Taking note of the rave reviews pouring in from across the world on the work ZEITmagazin was doing, the team decided to start publishing a bi-annual international issue (in English), carrying a collection of the best stories and images from the past six months of the weekly magazine, along with some original features.

We wrote to the Editor-in-chief Christoph Amend, who was kind to share his thoughts with us on the latest Spring-Summer 2015 issue of The Berlin State of Mind and the magazine industry in general.

How would you introduce ZEITmagazin International issue to someone who is new to it?

For our biannual international issue we chose "The Berlin State Of Mind" as a leitmotiv. And that's what we cover: people, ideas, places that you would connect with the Berlin State Of Mind. It's all about creative freedom, this special mix of culture and politics, style and the arts of today's Berlin. But the magazine is not only about people, who actually live in Berlin. It's about the mindset, whether you're from Amsterdam or from Paris, from India or from the US. For our current issue Peter Lindbergh photographed Amber Valetta, Kraftwerk designed a spread, Brigitte Lacombe photographed the team behind "The New York Review Of Books" and we did a Q&A with Lena Dunham. My favourite piece is the personal account of Lina Scheynius reflecting on her days as a model.

With this issue (Spring- Summer 2015) ZEITmagazin International steps beyond the original concept of compiling the “best of” the German language weekly ZEITmagazin. What was the motivation for that?

The best-of-concept will always be the centre of the international issue, simply because we can put together about twenty cover stories in one single issue. By doing so we can create an exciting mix from every field, there's celebrity profiles and in-depth reports from all over the world, politics, culture, fashion, design and food. But earlier this year I talked to a friend who works in finance and is very much involved in the Berlin start-up-scene. He told me that all his international partners ask him is: "What's Angela Merkel up to, in which direction is she leading Germany to?" So we came up with the idea to ask Bernd Ulrich, ZEIT's deputy editor and editor of the politics section, to write a column about her. It's an exclusive for the international issue. We called it: "The Merkel State Of Mind." And as we're already making plans for the next issue, I don't think we will stop here.

In the editorial of this brand new issue, you mention that one of the best parts about your job as an editor is “meeting inspiring people” – any in the field of magazine making?

Oh yes, there are so many in Germany, of course. I have the privilege to work with Mirko Borsche, who's been our Creative Director for many years now, and who never stops thinking about the next steps for the magazine.

Internationally speaking, I adore how Deborah Needleman edits New York Times' T Magazine and what Marie-Pierre Lalongue does at Le Monde's M magazine. The illustrator and New York Times Magazine columnist Christoph Niemann is a good friend and a great inspiration, so is the artist, writer, book publisher and former Art Director Leanne Shapton. And I enjoy talking with James Truman, the former Editorial Director of Condé Nast, every time when I'm in New York. When he was the editor of Details in the early Nineties, it was the coolest magazine in the world. Today he is running a farm and is the adviser of all things culinary in André Balazs' hotels. Nacho Alegre, one of the founders of Apartamento Magazine, is always inspiring, too, and I recently ran into Yara De Nicola in Milan. Her magazine "Alla Carta"; is simply amazing.

What do say to people who claim that print is dead or dying?

Boring media will die, no matter if print or digital. But exciting, outstanding journalism will never die. You have to be good and different.

Any magazine titles that you enjoy reading, whether mainstream or indie?

Again, there's too many to mention all, but besides the one's mentioned above, I would like to add The Gentlewoman, Fantastic Man, Flaneur, Bon Appétit, the German travel magazine Paradiso, the Italian art magazine Kaleidoscope, The New Yorker, Purple, Self Service, New York Magazine and System. And all the Japan specials by Monocle!

Lastly have you travelled to India? If so, what did you enjoy most about your trip/what was your lasting impression, if any?

We are thrilled to have the opportunity and privilege to introduce the latest international issue of ZEITmagazin – The Berlin State of Mind, for our readers in India. So if Berlin has been your ‘It’ city, then here is the chance to catch up with all that is new and glittering in the ever so sexy (but no longer poor!) Berlin.