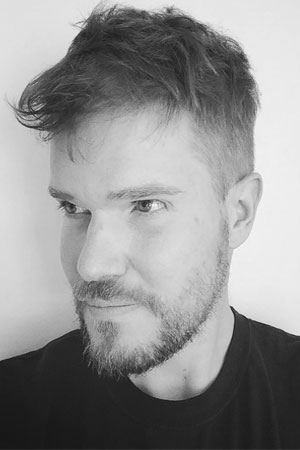 Gym Class is a fanzine about magazines and magazine makers – independent as well as mainstream, orientation no-bar. For the sprightly young editor and designer of the magazine Steven Gregor (also the originator of the catchy #MagLoversAhoy), the rendezvous with magazines had an early start, “I’ve been interested in magazines for a very long time. Growing up, I spent countless after-school hours at the local newsagent. I was lucky to have a large, well-stocked newsagent near my home. The guy who ran the shop was happy for me to hang around and read the magazines” he tells us via an email interview.

Gregor launched the first issue of the magazine in late 2008 with the strap line, ‘a zine for the guy chosen last’. From the very beginning, the focus of the magazine has been to celebrate the popular culture of magazine reading and making. The zine underwent various format changes over the years, appearing as an A5 pocket size zine as well as in a roll-up tabloid format, making the format something to equally look forward to, as the followers wait for the new issue.

When we asked Gregor, if he observed a growing interest amongst people in magazine making/reading over the years, he reaffirmed our faith that the buzz was real, “It’s a great time to be a magazine lover. There are more and more exciting indie magazines launching. This is great news. But if you publish a magazine—or if you are thinking of starting a magazine—all this excitement means that the independent magazine market is busy and breaking through and building a loyal readership is harder than ever”.

The most recent issue of the magazine was released in September last month and its the biggest so far. It’s the Autumn/ Wintour 2015 issue – and therein lies a hint of the trademark Gregor editotial style, clever and sassy. With Anna Wintour on the cover (portrait by Brighton-based illustrator Lloyd Stratton) the issue is full of great articles for magazine lovers. The issue includes contributions from the makers of New York, The California Sunday Magazine, Avaunt, Riposte, Monocle, MOOD, Amuseum, Fantastic Man, The Gentlewoman, and many more.

With tons of interviews with creative teams of various upcoming and estabished magazines in each of its issues, Gym Class has also been, by default, a reality check for those in the industry. Nothing too cynical but a gentle nudge to the aspiring magazine makers to keep it real and a reminder on what to expect in this fast growing new world of publishing. This appears to have been the particular objective in mind, in both the current as well as the previous issue of the magazine. The magazine cover of the previous issue carried the satirical title (see cover image below) which we are certain made many magazine makers rush to their archives to revisit what they had already done and reassess their plan, going ahead.

But on the other hand for those who are past redemption and have anyways decided to take on the hardhips the industry entails, the magazine suggests some great resources and has advise from plenty of magazine makers. Sharing his thoughts on the toughest part of making a magazine and his advice to people just strating out, Gregor tells us “Distribution is still very hard for indie magazines. Getting magazines into stores, and selling copies, is as hard as ever. Making money from copies stocked in stores is very difficult. I don’t have the answer. If any of your readers do, please ask them to email me. I’d love to hear from them. Haha.”

Be that as it may, you can never keep a good lad down, and we have seen many examples of magazines succeeding and overcoming the challenges. The Gourmand, Cereal, The Gentlewoman are all stellar examples of how great content, creative layouts and a determined team can make for a thriving zine.

“Good magazines define us. They are a badge… a membership card. A copy of The New Yorker rolled up under your arm tells me as much about you as the clothes you wear or the places you hang out. Indie magazines do this very well… people who buy and read Kinfolk are members of a select club; people who read Fantastic Man are members of a different club” –

he further tells us and we couldn’t agree more. Welcome to the club, Paper Planes subscribers!