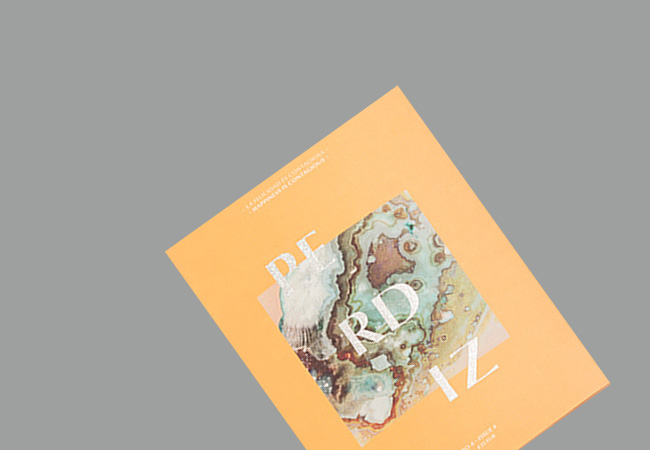 Here is a magazine to fill in those languid afternoons when the sound of television is way too overbearing and crawling under a rock seems like a better idea than socialising. This one is going to make you happy, without intruding on your space and idle disposition, the least – ‘coz it’s just THAT kind of a read.

Perdiz is a magazine, perhaps the first of its kind, that offers a collection of stories, interviews and similar good things, all of which have one thing in common – happiness. The stories have happy endings, interviews with happy people, exploring happiness in being and doing - you get the drift. However, this is not a happiness guide with ‘happiness formulae’ and none of those preachy and terribly tacky lines.

The issue (issue no. 4) that we had with us, though not the most recent, was a gem of a find. Given the objective of the magazine, it kicks off with snippets of good news from around the world, one such being from the State of Missouri, where now “High Five” is an official form of greeting. See, now that is super news and infinitely better than having to rub noses or prostrating!

The global briefing on good news is followed by a chat with a storm chaser, Camille Seaman, who will tell you that a storm is an amazing manifestation of our climate, something capable of creating life (by pulling soil up in the clouds and supercharging it) and is not just a destroyer. Trust me, you are likely to perceive storms and icebergs a little differently after reading the interview. The issue also introduces Kim Osenblok, an activist for good coffee and amongst the winners of World Coffee Tasting Championship 2012 who shares how to brew a good cup of coffee – HAPPINESS!!

‘Even Cynics Sing’ is a feature by Manuel Burque, a cynic who never wants to go to a karaoke but ends up often enjoying himself being part of one; though trying his best to veil his enthusiasm – a crippling prudishness that I am sure some of us will identify with. A brief report on the recordings in Biochemical Studies and States of Happiness, finds its ways into the issue as well.

Perdiz is amongst the growing tribe of indie magazines originating from the most buoyant and aesthetically evolved cities of all times, Barcelona. Marta Puigdemasa is the force behind this happiness project and its art direction is shouldered by Querida Studio, a design and communication studio based in Barcelona. From the website we understand that the title of the magazine ‘Perdiz’ means Partridge and comes from the Spanish expression “Feliz como una perdiz” – which translates, more than roughly, in to “As happy as a lark”.

Marta Puigdemasa, when speaking to Monocle correspondent for The Stack (Monocle’s radio show on print media) in this interview, explains that the idea and motivation behind the print was filling a gap in the print magazine space which though had a number of magazines dedicated to culture and food, lacked a magazine generally covering good and positive news. Building on the belief that if you surround yourself with happiness and good news it is likely to rub off, the magazine has successfully printed five issues till date, each with a byline ‘Happiness is contagious’. We couldn’t agree more and we are hopeful that even the cynics are likely to be more than a little sympathetic to that point of view, once they have had a chance to devour Perdiz.