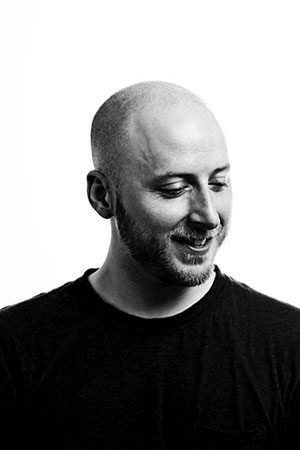 We got a fabulous opportunity to talk to one of the jury members for Magazine & Newspaper Design category of the D&AD awards – creative director and graphic artist Paul Willoughby. Paul has worked as the creative director of the iconic Little White Lies magazine. He is the co-founder of creative agency Human After All that also creates one of the winner magazines, and one of our favorites, Weapons of Reason. Paul’s portfolio boasts of other clients like The Guardian, The Financial Times, The New Yorker, Adobe, IBM, Nike and Adidas.

We talk to Paul about the D&AD judging process and his experiences of working on Little White Lies and Weapons of Reason. He also gives us some interesting insights into Makeshift magazine and Rubbish FAMzine. Edited excerpts:

What were some of the key discussions between the jurors during the magazine and newspaper design category’s judging process at D&AD?

The initial selection process is very quick – you only need a fraction of time to know if a magazine is noteworthy or not. Things got more examined and debated in later rounds of votes where we very carefully made our selections for higher rounds of awards. Some of the standout discussions were centered around the relevance of some of the fashion magazines that entered – the genre hasn't seemed to move on for several years with many titles walking in the shadow of The Gentlewoman and Fantastic Man. We also spoke a lot about how newspapers need to either reinvent themselves and be braver, or become obsolete.

There has been a renewed focus and interest in print since the last few years. But do you think that the newer generations of print magazines are creating compelling digital presence too? Are they integrating the two well?

This is a good point. In my opinion, a magazine’s role currently is to cultivate a healthy brand ecosystem – a series of touchpoints that aim to add value to a reader's life. I love Makeshift* magazine – I rarely buy the magazine but do tune into the Youtube channel and keep in touch with the brand’s output there.

The old model was a singular print piece that tried to achieve everything in one package, but now a magazine can exist in several guises and flex its message to suit different audiences.

As a creative director, how much do you really get involved in the editorial part of things?

I enjoy working with editors to clarify a magazine's message, be it the overall encapsulating theme to the issue or a headline for a particular piece. I will sometimes sketch in some headlines on-page when I see the story and commissioned visuals coming together. I'll then run everything past the editor to make sure the overall vision is intact.

Little White Lies is a pretty established brand. Many people in India are familiar with it too. What do you think makes it so exceptional and popular? Also, tell us a bit about your tenure at the magazine.

Little White Lies found a great niche in the market for movie magazines. It occupies a space somewhere between the more commercial brands like Empire and the more academic magazines like Sight and Sound. It also celebrates creativity through its passionate use of rich, vibrant illustrations and expressive typography. When we started the magazine, we knew that each issue should follow a pre-determined template, but then also be imbued with a fresh design language that we would glean from each cover film. This charges each issue with creative energy, and makes each consecutive magazine something to look forward to.

What were some of the specific challenges when you were at Little White Lies?

In the early days, the main challenge was finding budget to both print the magazines and commission a roster of writers and illustrators. In the later years when we had a better budget to play with, it was more of a challenge to get the magazine done to an award winning standard, amongst the commercial work that our studio was being commissioned for.

What was the inspiration behind starting Weapons of Reason? What have been some of the biggest learnings there?

Weapons of Reason is a Human After All's personal passion project. We wanted to create a brand that leveraged our creative skills to articulate some the world's biggest issues. It fitted our signature strengths of design, illustration, and data points, whilst wrapping them up in a product that could be called 'design for good'. One of our biggest challenges is simplifying concepts and data visuals to achieve the leanest message possible – simplicity isn't as easy as it seems; it requires many revisions and constant alertness to small, pointless embellishments creeping in.

Apart from Little White Lies and Weapons of Reason, which is your current favourite indie magazine?

I came across a fantastic Singaporean magazine called Rubbish FAMzine whilst judging D&AD. It was by far my favorite magazine in the awards due to its utter uniqueness. The form the magazine took was that of a flower presser, packed full of small leaflets, documents and mini-magazines. I loved the sense of discovery, hand-made marks and found objects – real flowers interspersed in between pages. Rubbish really shows what can be achieved with print in the digital age – presenting more of a sensory experience, rather than simply turning pages.