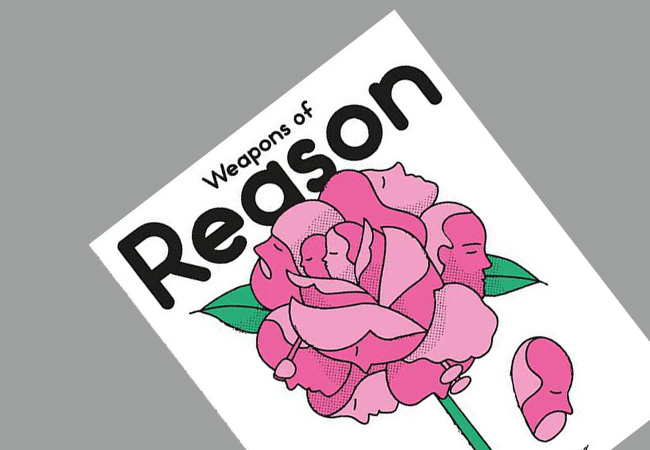 At a size similar to that of an A5 size sheet, Weapons of Reason is light to carry and scoop out of your bag when time allows for something engaging. Issue #3 titled ‘The New Old’ promises just that – much like the previous ones (here and here). The issue puts ‘Ageing’ into context, accommodating ideas, opinions and discourses on the topic in a format that appreciates both the quality of content in its meticulously researched articles and visual delight in the accompanying illustrations.

The issue begins with a scientific and rational approach towards ageing where William Mair, Assistant Professor of Genetics and Complex Diseases at the Harvard TH Chan School of Public Health asks questions that plague our minds – the how and the why of ageing. In a thoroughfare of contributing aspects to the theme, the articles that follow bring in incredible insight. The philosophical approach is taken in ‘Why Grow Old?’ by James Cartwright and a futuristic take is explored in ‘Advanced Robotics’ by Sophia Epstein. ‘A Tribal Experience’ by Madeleine Morley digs into models of societies that do a better job of integrating their elders. Besides these, there are stories that take us through the concerns of specific communities, like ‘Get Rich or Die Trying’ by Robert Foyle Hunwick, that places the Cultural Revolution in China and the following policy changes by the governments as a major factor in how the Chinese treat their elders. ‘40 years of Solitude’ by Mat Youkee takes us to a small town in Colombia that is plagued by disproportionately high percentage of Alzheimer’s patients. An interlude comes in the form of an overwhelming photographic series, titled ‘Setting in the East’ by Chris Nunn that documents lives of those who carry the scars of conflicts right from the Second World War to the Ukranian Revolution.

Weapons of Reason prides in its ability to bring out the core issues that need to be addressed and lays it out for us to read, interpret and contribute to change. With its new issue, the magazine explores a tough topic – ageing is perhaps, the only inevitable truth there is, and still remains uncommonly acknowledged. The issue does a fine job in engaging us to the very heart of the topic with stories that inform, that invokes emotions and definitely those that command introspection.

Weapons of Reason #3 is now available at our online store. Shop here.