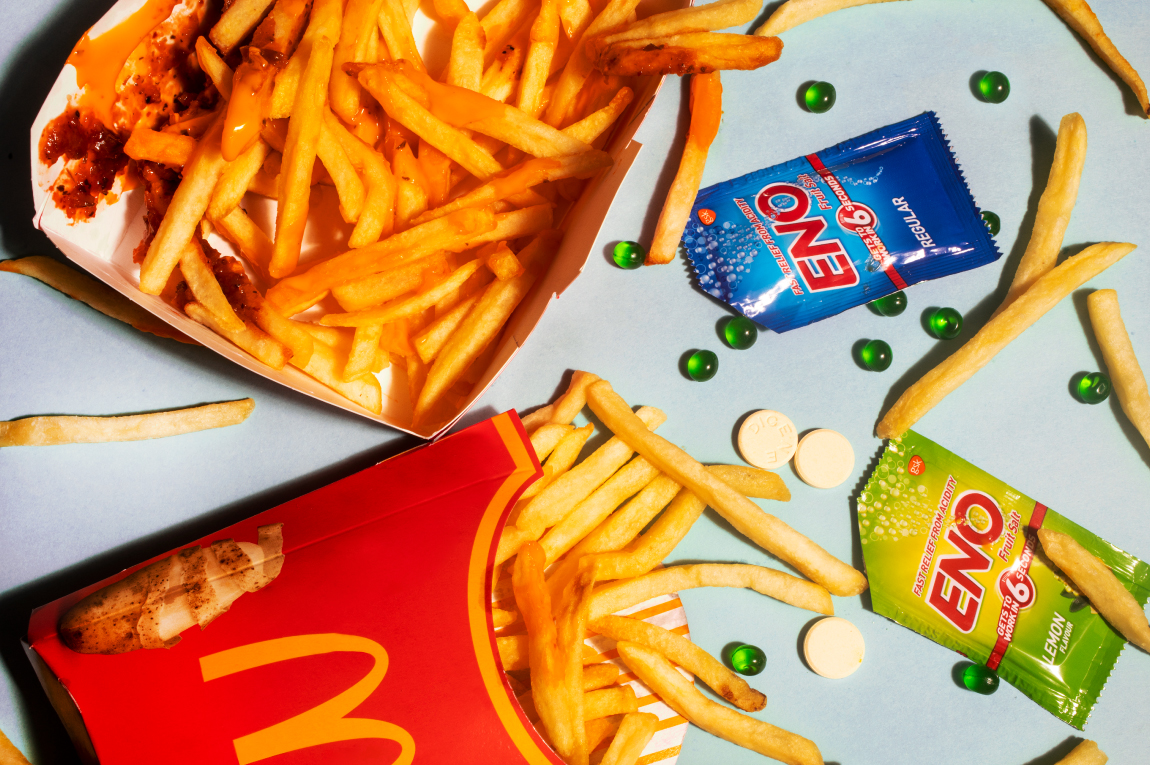 I am a person of appetite. I can vanquish a packet of pani puri in a single meal. I can easily lay waste to a large pizza and an hour later, polish off a plate of samosas. I’m always gagging for fries — anyone’s purloining fingers loitering in my plate are wont to get a slap (true story). I can scoff a wheel of Brie in the time it takes to slice open an Alphonso. Not for me the pursed lips and pious jeremiads; I believe a life of indulgence is a life well lived. And luckily enough, for me, this is the job I have chosen for myself. Eating and writing about food is a dream and I am remarkably privileged to be able to do it for a living.

Unfortunately though, it’s becoming increasingly apparent that I’m built more for comfort, not efficiency. Every month, I grapple with bronchitis and migraines and diarrhoea and sinusitis. The grisly business of eating a Bombay sandwich from a thelawala will find me doubled up in pain a few hours later. My amply-proportioned Parsi nose is permanently blocked with a tidal wave of snot; my nights are spent tilting open my nostrils with one hand and clutching my pain-streaked head with the other. I’ve designed a special crab walk for the times my slip disc flares up but I still have to go on that food walk. My blood sugar undulates more than the Western ghats. I’ve been treated for fungal infections, UTIs, allergies and that’s just last month. In short, I’m a medical mess.

Even the least concerned amongst you will appreciate that this presents a conundrum. Every day, I have to wring out every spare inch of my anaemic willpower to police my intrinsic greed, while enthusing about the very things that are crippling my body. After all, how to write about that momo vendor when I know the results will be an instant flare of allergies and a harrowing night, riding the waves on the pot? How, for instance, to behave at restaurants where often the only thing I can order off the menu is some kind of pallid chicken soup? My filthy food secrets must remain closeted, I think, but often they can’t be. Every day, I’m racked with fear and phlegm, imagining I’ll be found out as the worst kind of food-writing fraud, the kind that can’t eat.

And so I operate as a sort of double agent. I constantly devise stratagems and make bargains with myself. A visit to K Rustom’s ice-cream shop is immediately followed by hot water gargles and my nose down a steam inhalation thingamabob. A furtive snack of a packet of Camy wafers (plain salted) brings in its wake a guilty stomp around the park and a dinner of green leafy things (freckled with cheese, of course, I still have taste-buds). Chaat at Elco’s involves odious amounts of Pudin Hara and the appropriately-named Enuff. When my meals are my own, I hold to healthy home cooking only. More importantly though, I’m slowly learning to make peace with my pathologising. My food writing life may be somewhat fraught, but it’s my life with my appetites, and I’m choosing to celebrate it with boiled veggies in one hand and biryani in the other. It’s a tough job, but someone’s gotta do it.

Meher Mirza is a food and travel writer based in Mumbai. Formerly the Copy and Features Editor at BBC Good Food India, she has also written for Saveur, Serious Eats, ExtraCrispy, Food52, Fodor’s Mumbai guide, Roads & Kingdoms, UK’s Evening Standard, Mint Lounge, The City Story and others. She tweets at @MeherM.