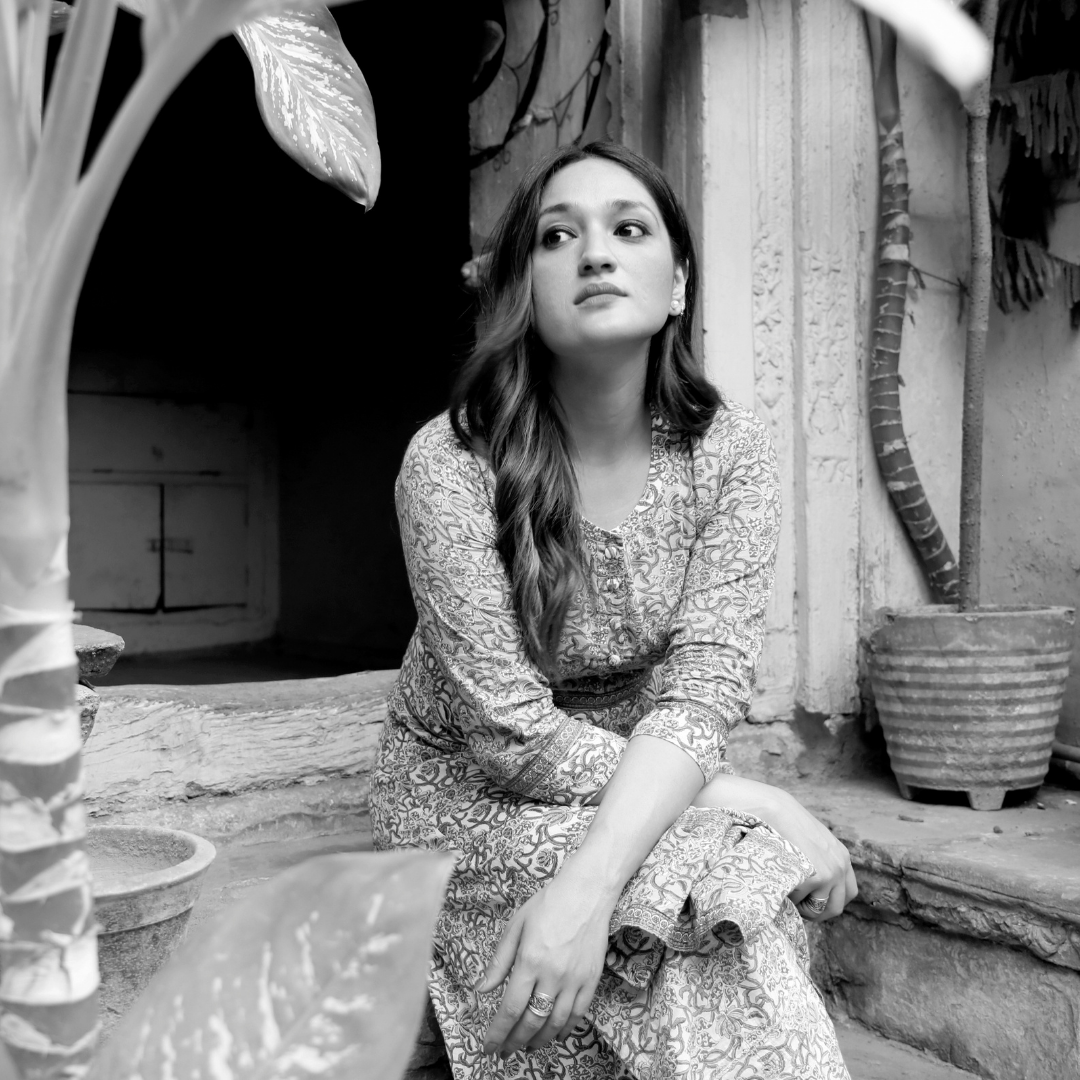 Through the lens of her debut book, ‘Remnants of a Separation’, oral historian and artist Aanchal Malhotra shares stories of objects, her encounters with lesser known regional dialects, and the need to document personal histories to create a collective history.

I have been reading India Moving: A History of Migration by Chinmay Tumbe. There are definitely some works I frequently re-visit ― A Very Easy Death by Simone de Beauvoir; An Atlas of Impossible Longing by Anuradha Roy; and Everything is Illuminated by Jonathan Safran Foer.

How did the idea for Remnants of a Separation come about?

In 2013, while on sabbatical from my MFA degree at Concordia University, Montreal, I encountered two objects ― a ghara and a gaz ― which were carried from Lahore to Amritsar just before the Partition. Both the gaz and ghara belonged to my maternal great-grandparents: the gaz was used in my great-grandfather’s clothing store, first in Lahore and then in Old Delhi, and the ghara was used by my great-grandmother to make lassi every weekend, an activity that her eldest son carries out till date! From our conversations about these objects and the fact that they bore this incredible grit and sheen of the past, they seemed to evoke landscapes of Lahore that I had never seen but were a part of me, as well as a part of my maternal grandfather. The objects became both portals into the past, as well as catalysts to access it.
When those objects were touched, caressed and spoken about, they seemed to transport their owner back into time, into the past, as if they were portals. Since then, Remnants of a Separation grew first as a research project just for my own personal interest, then transformed into my MFA dissertation as a photographic work, and finally, into a book of non-fiction, attempting to understand the Partition and a house that has been left behind through the objects that remain of that house.

Through the various conversations with people during your research for the book, did you also chance upon lost languages or dialects in the larger ambit?

Yes, of course, that is the beauty of visiting the past. Several things that you might have never experienced or even know exist, cross your path so frequently. I remember conducting an interview in Lahore with a woman who had migrated from Samana in Patiala State (in India) to Multan in Pakistan about the utensils that her family had carried. After the interview, the woman’s granddaughter asked me if I had understood everything and I naturally said yes, because I had. It turned out that throughout the interview, the woman had been speaking an old dialect of Punjabi called Samanishahi, originating from Samana. The language is essentially a combination of Hindi and Punjabi, and so, even though I didn’t know the language existed, I could understand it! Similarly, interviews have been conducted in other dialects of Punjabi called Pothwari. Even the known languages like Hindi or Urdu have certain colloquial forms of certain places that have now almost disappeared.

While working on your research, did you, at any point, feel you were intruding upon the people whose stories you were seeking?

To be honest, this was a constant feeling. You, as a researcher, are asking individuals about their vulnerable moments ― what did you see, what did you feel, was there violence, did your family suffer, what do you miss, whom do you miss, what do you hope you had taken, what if it never happened…Clearly, even seven decades later, remembering the traumatic past is very difficult and so this notion of intrusion was always present during each interview. However, it also became quite clear that if I didn’t ask, no one would tell. There is a deep void in Partition memory which can be filled only with these first-hand accounts. And so even though some questions caused people visible pain, I knew that the collection of such narratives, from both sides, and of both violence and safety during the Partition, were time-bound and important to be done.

To be honest, this was a constant feeling. You, as a researcher, are asking individuals about their vulnerable moments ― what did you see, what did you feel, was there violence, did your family suffer, what do you miss, whom do you miss, what do you hope you had taken, what if it never happened…Clearly, even seven decades later, remembering the traumatic past is very difficult and so this notion of intrusion was always present during each interview. However, it also became quite clear that if I didn’t ask, no one would tell. There is a deep void in Partition memory which can be filled only with these first-hand accounts. And so even though some questions caused people visible pain, I knew that the collection of such narratives, from both sides, and of both violence and safety during the Partition, were time-bound and important to be done.

I think every place I travelled to has stayed with me in some way. Every conversation has left an impression. And this is truly why I say that there is so much to learn in even the most mundane of conversations with people of the subcontinent; this is the reason that oral history is a necessity; it thrives amongst such a diverse landscape. We have inherited such a rich tapestry of oral traditions, and every person I spoke with had something absolutely fascinating and new to tell me, which I would have otherwise never found out in any book or academic record.

Tangible possessions form a crucial aspect of the Museum of Material Memory, the digital archive you co-founded with Navdha Malhotra. Has it been possible to excavate family histories, or shared histories across the subcontinent, through the submissions received on the platform?

The stories of objects from one contributor almost always inspire another to write, particularly if that object exists in their house as well. We have seen this often with (general) stories of old coins or even (more specific) narratives about a particular kind of embroidery on a lehenga. Visuals resonate with readers and they can immediately connect them to familial and familiar objects that might exist in their lives. The beauty of the Museum [of Material Memory] is that because it is digital, there are no borders and so we are able to accept narratives from everywhere and they are accessible to everyone. The object also sometimes becomes the subject of conversation (in our comments section, for instance) between people of different countries, and that is most fulfilling to witness. But perhaps the most beautiful thing is when people begin to dig out stories of an object of age that they have seen their whole life but know so little about, and in the process of writing about it, learn something new about themselves and their family history. That truly is the purpose behind the Museum for both Navdha and me ― to unearth family history and tradition through seemingly mundane objects and engaged inter-generational conversation.

Can objects take on the attributes of the people who own them?

It is not so much the lone object that is of importance, but the memory that has been infused into it. An object speaks simply because of the language of sentiments that we impregnate it with. The quality and significance of emotions deposited within, even subconsciously, make it a treasured entity, sometimes despite its mundane nature. It can certainly adopt and imbibe the attributes of a person, depending on what has been infused within it.

How important do you think is it to have digital archives that encourage people to contribute and are freely accessible at the same time?

The beauty of the digital platform is that it has no borders. Hence, having digital archives that are accessible are key in the facilitation of knowledge, so much of which we derive online nowadays. The fact that an archive encourages people to submit to it, like perhaps our Museum of Material Memory, means that it allows the collection of history to spill out of the ‘academic’ and into the everyday, and the writing of personal history can, at some level, contribute to the accumulation of collective history.

Have your interactions during the research for your book evolved you as a person?

Well, they have certainly made me a better listener ― a skill which I feel is slowly disappearing from my generation. I have often spent anywhere from 2-7 hours sitting with people, talking about their lives and the things they both remember and have forgotten. These conversations have also, perhaps, made me a more empathetic person, as one has to be when navigating through stories of great sensitivity and age.

I gift books all the time! I come from a family of booksellers, so naturally, that is the first gift I think of. The last book I received was from my father ― a book on the gluten-free kitchen.