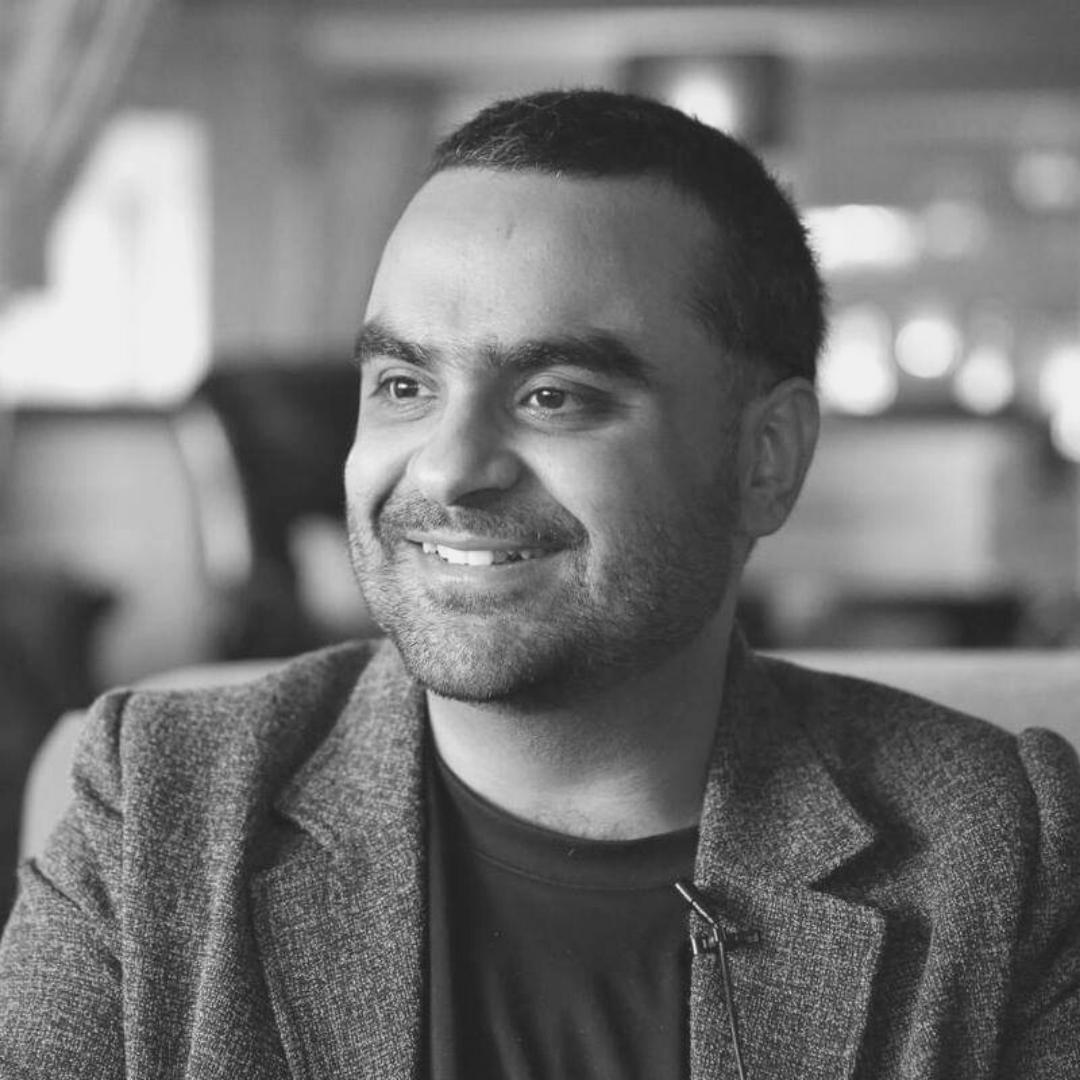 I just began reading Rana Safvi’s City of My Heart. She has selected and translated texts that give us a glimpse about what life was like in Delhi before the Mutiny of 1857, in the twilight years of the Mughal dynasty. Here, in Syed Wazir Hasan Dehlvi’s Dilli ka Aakhiri Deedar, he speaks to one Aghai Begum — ‘Nani Hajjan’ to ‘many of the old households of Dilli’ — who tells him of a Delhi that has been forever folded into the past, irreversibly gone. In Safvi’s translation, the prose is gorgeously nostalgic. Describing one of the royal feasts for the Emperor, on the way from Shahjahanabad to Mehrauli for the Phoolwalon ki Sair, there are lines like “[t]here are many kinds of pulao: gilani, Irani, noor mahli, zamurradi, nargisi, moti pulao. In other pots, savouries such as Mughal dopiyaza, chashni dar machhli, khaasa ke karele, shah pasand dal, qalia kundan, kofte, pasande, many types of dulma, dogh, burani raita” and so on. How could one’s mouth not water reading such prose, reading about this Delhi? Even the names of the dishes are like mini-poems. I could make my house in, and happily live in ‘shah pasand dal’.

A work I frequently revisit is the collected poems of the Kashmiri-American poet Agha Shahid Ali, The Veiled Suite. Let me quote a couplet or two and then I wouldn’t have to explain why I go back to it often. Here’s an English ghazal by him, on English itself. Just notice the play with languages, the ease with Urdu, Hindi and English, and the infectious sense of rhythm in his shers:

I know some words for war, all of them sharp,
but the sharpest one is jung — beyond English!”

Scholars and admirers often said of Shahid that he wrote Urdu in English. I’m a sucker for such felicitous meeting of tongues, and Shahid embodies it in poem after poem.

You’ve taught poetry at the Shiv Nadar University and are currently teaching it at Ambedkar University Delhi. What entails the method of teaching poetry? Has your interaction with young students influenced your own work in any way?

I guess it is just like one teaches music, dance or painting, or any creative practice. We, as teachers, take care of the element of ‘practice’ — the fact that each of these arts, and poetry, take some doing, whether it’s reading, re-reading, editing, or making sense of the world around you. These are necessary components that go into a poem. All the ‘ineffable’ romanticised bullshit that is usually associated with the figure of the poet is all very well but it takes years of reading, processing, and crafting; in short, it takes labour. In the classroom, we do some of that labour. There is an element of craft, of feedback, of editing, of experimentation through exercises and prompts that can all be done in the classroom. So we do that, and then sit and wait for the oracles to speak to us.

The fact that we read so much poetry in class together makes a difference in each of our works. There have been poets my students have recommended to me, and my world is so much richer for it.

How did the concept for ‘How Many Countries Does the Indus Cross’ come about?

Well, we’ve been sitting on a tinderbox in our subcontinent, haven’t we? There are two big-brother nuclear-armed states whose favourite past-time is sabre-rattling. For decades now, our Indo-Pak wars — and between them, the long miserable ‘peace-time’ dailiness of our border skirmishes — have claimed the lives of thousands of soldiers, ours and theirs. And it has been bleeding the Kashmir Valley, of its inhabitants, who have seen unimaginable horrors like enforced disappearances, sexual violence, pellet-blindings, and custodial torture over the decades. This is a playbook for hell. Sit for a moment and think of the scale of the loss that the Kashmiris have gone through and how much it has brutalised us, inevitable with the scale of militarisation in the region. How every party touched by this conflict has been scarred, but particularly how much the Kashmiris have lost — Muslims, Pandits or whoever else. We’ve been paying scant regard to what’s happening in Kashmir, what we’re doing in Kashmir, for decades now, at least since the Partition, if not the days of the Dogras. This book is a small attempt to pause and to think through — slowly — this difficult history that we’re implicated in, this geography of conflict that will be with us for a long time, it seems.

Was the process different from putting together your poetry collection, ‘The Doubleness of Sexuality: Idioms of Same-Sex Desire in Modern India’? When did you know it was complete?

The Doubleness of Sexuality is not a poetry collection. What a bad title for a poetry collection, if it were one! It was my PhD work wherein I tried to figure out the different ways in which same-sex desire is thought of in our part of the world. How Urdu/Hindi writers think of it, how YouTubers think of it, how both the lily-livered and lovely judges think of it, how the nice, neighbourhood activist thinks of it — basically how the subcontinent has always had tricky, slippery, at once joyous and depleting ways of speaking same-sex desire. Writing the book was three parts pleasure, one part torture as all books based on a PhD must be.

You have often described the city of Delhi as your lover. What is it about the place that mesmerises you? Does it also become a sort of stimulus for your writing?

Big cities are big stimuli, whether Delhi, Mumbai, Lahore or London. And I’m a city girl, through and through. There is always something to be discovered in big cities, some trivia or odd bits of history nestling in some corner. That’s what works. You can loiter for centuries here. Delhi is where I found the solace of queer friendships, where I met heartbreakingly kind teachers, where I found and lost love, where I got to live on my own for the first time, with all its attendant freedoms and fears. All of this is a recipe for a long-term relationship, no? Of course, Delhi allows only so much romanticisation. Come the winter peak of pollution and I go through the customary two-week alienation from the city. And then it finds some crazy way to pull me back.

If you were to recommend titles to a first-time reader of poetry, what would be on your list?

Read Yogesh Maitreya’s The Bridge of Migration for its quiet punch in the gut, read Delhi-based Mangalesh Dabral’s This Number Does Not Exist to see the city remembering all that it has lost, go online and find Shubham Shree’s electric and playful Hindi verse on Kavita Kosh, go to YouTube and be surprised by Rene Sharanya Verma’s hilarious and powerful slam or Rafeef Ziadah’s searing work on Palestine. Then listen to Sumeet Samos’s rap on the outstandingly hideous life of caste in our part of the world, cross the border and read Parveen Shakir and Kyla Pasha and get your heart broken with their every word, then read Aditi Rao, and Vikramaditya Sahai, and Gorakh Pandey, and Chanchal Kumar, and Kedarnath Agarwal, and Dushyant Kumar. And then listen to Begum Akhtar singing Faiz Ahmed Faiz and slowly dissolve and die. Then resurrect and read Agha Shahid Ali. Die again.

Do you tend to latch on to certain themes in your writing or is it easy to let go of them?

Both love and loss are staple, as with so many poets I admire. Delhi is another staple, framing most of our intents and desires. Love and loss, after all, do not walk with their feet six inches above the ground, they walk on it. All abstractions we poets write about — love, loss, despair, joy — are often realised within the concreteness of the experiences that the city makes possible. Then there’s trying to make sense of politics, that easy name we give to laborious processes that determine how we relate to each other as a people, how we enable or crush each other. Whether it’s militarisation or insurgency in Kashmir, or the social wreckage that the BJP has left our country in after five years in power, with decades of its mothership RSS behind it, or whether it’s our tortured relationship to our subcontinental sibling, Pakistan, where ‘my people’ came from, and which is pretty much wedded to us, a few wars notwithstanding.

How important is rewriting for you, especially with poetry?

It’s the difference between the poem that will die a quiet, ignoble death within two days and a poem that might last a few centuries. I have written plenty of the former, hopefully I will write at least one or two of the latter. That’s the ambition, at any rate (or you might call it cheek)!

If someone were to come across your work in the future, how would you like for it to be received?

I would like them to fall in love with me. Imagine that. Someone five hundred years from now, eight hundred years from now, reading you, and after they’ve worked through all the datedness of your poems, they might still find something that touches their heart, that leaps across centuries and tells them, hey I’ve got you. I hope a hopelessly handsome man reads it, takes a poem or two to his pillow, thinks of me, and goes woolly in his head. That’s the dream, and now that I’ve said it and jinxed it, it most likely won’t happen. In any case, we’re not going to survive another 80 years. The nuclear launch codes will take care of all the poetry and handsome men and pillows, thank you very much.