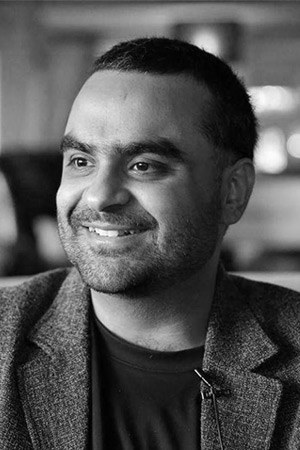 Poet, translator and pedagogue Akhil Katyal tells us why writing poetry is laborious, the several tropes that frame his poems, and why he will always love Delhi. What are you currently reading? Is there a work of writing you frequently revisit? I just began reading Rana Safvi’s City of My Heart. She has selected and translated texts that give us a glimpse about what life was like in Delhi before the Mutiny of 1857, in the twilight years of the Mughal dynasty. Here, in Syed Wazir Hasan Dehlvi’s Dilli ka Aakhiri Deedar, he speaks to one Aghai Begum — ‘Nani Hajjan’ to ‘many of the old households of Dilli’ — who tells him of a Delhi that has been forever folded into the past, irreversibly gone. In Safvi’s translation, the prose is gorgeously nostalgic. Describing one of the royal feasts for the Emperor, on the way from Shahjahanabad to Mehrauli for the Phoolwalon ki Sair, there are lines like “[t]here are many kinds of pulao: gilani, Irani, noor mahli, zamurradi, nargisi, moti pulao. In other pots, savouries such as Mughal dopiyaza, chashni dar machhli, khaasa ke karele, shah pasand dal, qalia kundan, kofte, pasande, many types of dulma, dogh, burani raita” and so on. How could one’s mouth not water reading such prose, reading about this Delhi? Even the names of the dishes are like mini-poems. I could make my house in, and happily live in ‘shah pasand dal’. A work I frequently revisit is the collected poems of the Kashmiri-American poet Agha Shahid Ali, The Veiled Suite. Let me quote a couplet or two and then I wouldn’t have to explain why I go back to it often. Here’s an English ghazal by him, on English itself. Just notice the play with languages, the ease with Urdu, Hindi and English, and the infectious sense of rhythm in his shers: