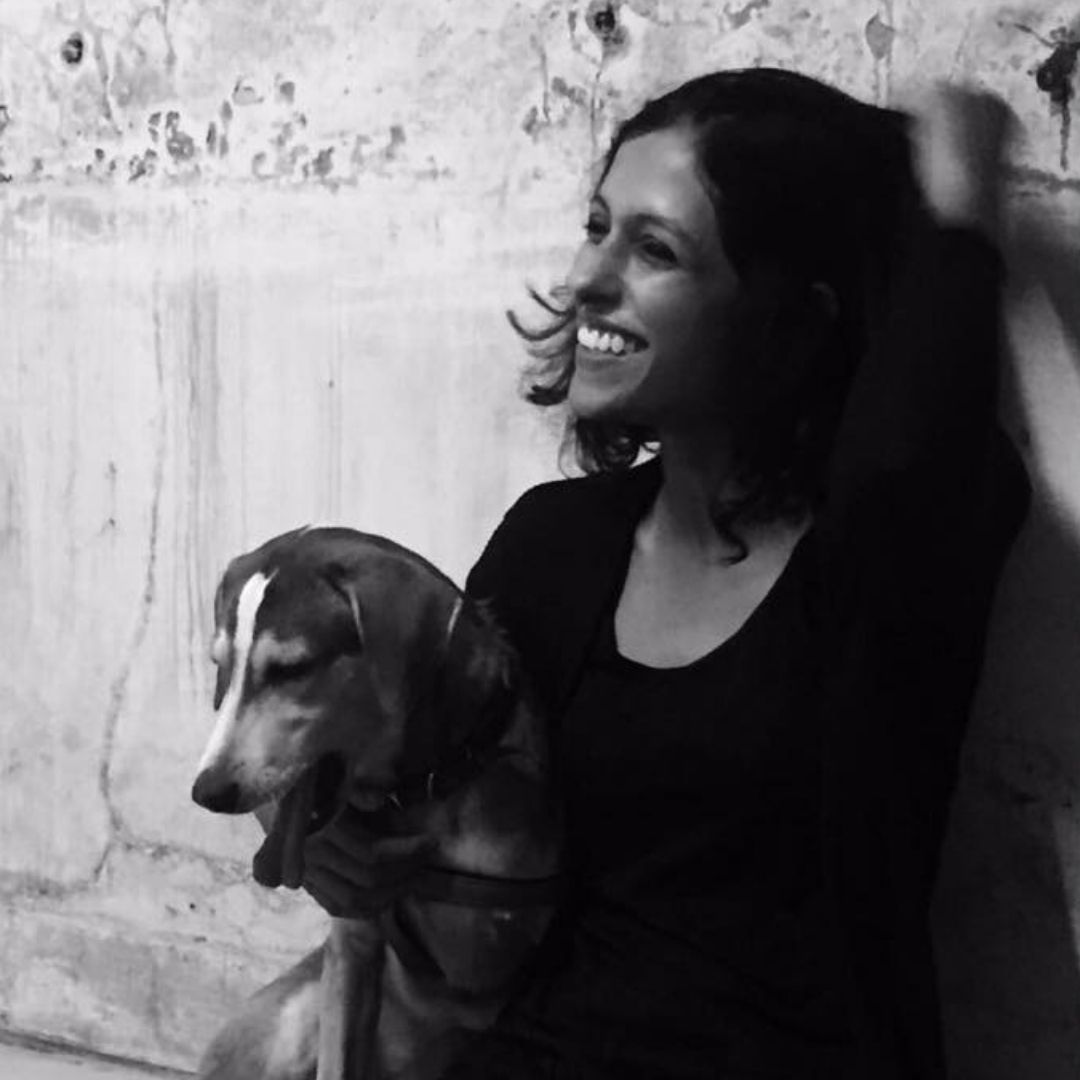 A book I keep going back to is Philip K. Dick’s Do Androids Dream of Electric Sheep? (1968). The film Blade Runner (1982) is based on this book. The book is a masterpiece, melding technology, nature, and religion beautifully. I am not usually a fan of films made from books; that being said, I love Blade Runner. But I do wish they had retained Mercerism in the film — it’s such a good part of the book.

You co-founded Crow with Prashant Prakash in 2015. How does Crow’s work relate to the broader context of performance practices with a focus on experimental theatre, conceptual art, and drama via design?

Crow operates on a different model than most performing arts companies in the country. I am a product of two design schools — the National Institute of Design [in Ahmedabad] and Central Saint Martins in London. At NID, I studied filmmaking, and then performance at Central Saint Martins. Both were along the lines of ‘storytelling meets design’, which has been key to our approach at Crow. The design process is the backbone of all our work and our core team is formed of both storytellers and designers in equal measure. I would go so far as to say we are a design firm whose focus is immersive storytelling, especially in regard to our work with brands.

What’s the story behind the name ‘Crow’?

Crow looks good in typography. And both Prashant and I make great crow sounds. And it’s probably time to make up something better in answer to this question!

Is there a play you read that has left a lasting impression on you?

The Wonderful World of Dissocia (2007) by contemporary British playwright Anthony Neilson, which weaves in and out of reality and the imagination of a kid with dissociative disorder. It is one of the most intricate and layered pieces of dramatic text I have come across and I really hope I see it on stage sometime.

As someone working in the performing arts, you constantly dabble in different roles. How has the experience evolved you?

I see my entire career as an evolution of mediums. I started off as a filmmaker, moved on to directing and designing for stage. Then embraced immersive theatre with open arms as it combined my two loves: stories and spaces. I’m at an interesting stage right now where I’ve moved away from the role of a creator to more of a shaper of Crow as a brand. With regard to the actual question, I think everyone in the performing arts in India evolves into a superhero. You need so much courage, stamina, diverse skills, and most crucial, strength of spirit to be able to survive as a performing artist in this country.

What goes into the process of training actors to prepare for roles that involve constant audience interaction and engagement?

There is a large amount of world-building that goes into each of our shows, and it is a highly collaborative process with our performers. We begin with some basic ideas for the characters, though a large part of the character has to come from the actors themselves, built through a process of improvisation and writing. In an environment where the audience is responsive, they need to have a strong sense of their identity. You have to work towards the highest possible degree of authenticity. This is what we work on together in rehearsals, building up a comprehensive idea of the character: who they are, and what their histories, agendas and motivations are. They also have to have a strong idea of why they are within the world of a particular show and what reasons they may have for engaging with others, including, of course, the audience.

Rehearsal is an integral aspect of any form of stage routine. How does it come into the picture when dealing with performances that are largely extemporaneous?

It is a misconception that immersive means unrehearsed. Rehearsal is a huge part of our process. The actors’ reactions may seem improvised but there is a vast amount of work that goes into making the audience feel that they have the power to influence the narrative. As I mentioned earlier, every bit of a character’s world is sharply defined. The actor is taught to manipulate the direction of conversations so that our storytelling is on track. And we get new audiences to constantly test our actors before the show so they are prepared for whatever comes their way. For complex worlds like A Tall Tale (2017) or The Emporium at the Edge of Certainty (2018), this is easily a month- or two-month-long rehearsal process.

You’ve worked on performances staged in an old minar in Delhi, in a dilapidated building, and a parking lot. How do you go about making regular spaces more responsive as far the design is concerned?

Well, I think ‘regular’ is a question of perception because I find any space interesting and a potential site for immersive storytelling. Elevators, for example! I’ve been waiting for four years now for someone to come along who will give us a couple of elevators to jazz up and put a couple of performers into. Any site comes with characteristics and limitations, all of which feed into the system we create for immersion. Our elevator has limitations: it’s tiny, it’s stopping and starting continuously. People only spend a few seconds in it. These are factors that immediately shape the kind of story we can tell and the level of immersion possible.

What has the response from the audiences been to your productions so far? Have your interactions with audiences influenced the way you work?

Audiences in India are incredibly rewarding to create work for. I love watching people interact with our worlds. I give you the example of a lady and her mother who came to The Emporium at the Edge of Certainty [an immersive experience that creates a make-believe world where all the characters want to sell something to the audience members, and want to receive something specific in return]. It was staged in an abandoned building with 14 separate plotlines, most of which could be accessed only on acquiring a candle, the main currency at the Emporium. There were four ways to get yourself a candle — two legal and two illegal. Now these two ladies walk in and immediately ask an actor where the stage is. The actor is obviously trained for this, so he shrugs and invites them to shop at his store instead. They look befuddled and walk away.

Our policy at Crow is to always give audiences the space to figure things out without spoon-feeding them. So I waited — if they had not figured anything out in 15 minutes, I would step in as someone from the ‘management’. But ten minutes later, I see the younger woman walk rapidly from one side of the building to another. And a second later her mother, who is maybe in her sixties, races across with a huge number of candles in her arms. And they hadn’t just robbed us blind through something written in; they broke through the entire system we’d created by finding a fifth way out!

Crow also works with brands. What has been the most challenging project to conceptualise so far in this space?

Branding is fun! Every brand has a story — what we can do is bring it to life. Here, immersive storytelling meets communication design. From creating a dark deep world for fashion designer Gaurav Gupta, to bringing fun and irreverence to designers Shivan and Narresh, to figuring out how immersion is possible in a festival for thousands of people (for Bira), each brand presents us with complex challenges. What I personally love is working with the client to really understand all the facets of the business. In the last couple of months, Crow has taken me from the innards of an app to the heart of a fashion show and the inner workings of a magazine — it’s all fascinating.

How important do you think is the role of the critic in the performing arts in India today?

There aren’t any, a handful at the most, perhaps because of all the too-many reasons that cripple the performing arts in India. A few years ago I was quite enraged by it. We were changing a lot of things and there was no one writing about the change, which felt like a massive let-down. My teeny-tiny student production in London got more critical reviews than Crow has had over four years. But well, we survived. And now in the age of Instagram, everyone is a potential reviewer. So maybe we just have to wait and see what happens next.

Do you think the relationship between art and politics has been fraught? Does art always have to provoke, question, or accommodate activism?

There is room in this world for all kinds of art, and I can only really answer for ourselves. We aim to be disruptive, as disruptive as we can possibly be. We love change. And we want to reimagine and reinvent everything, constantly, including ourselves.