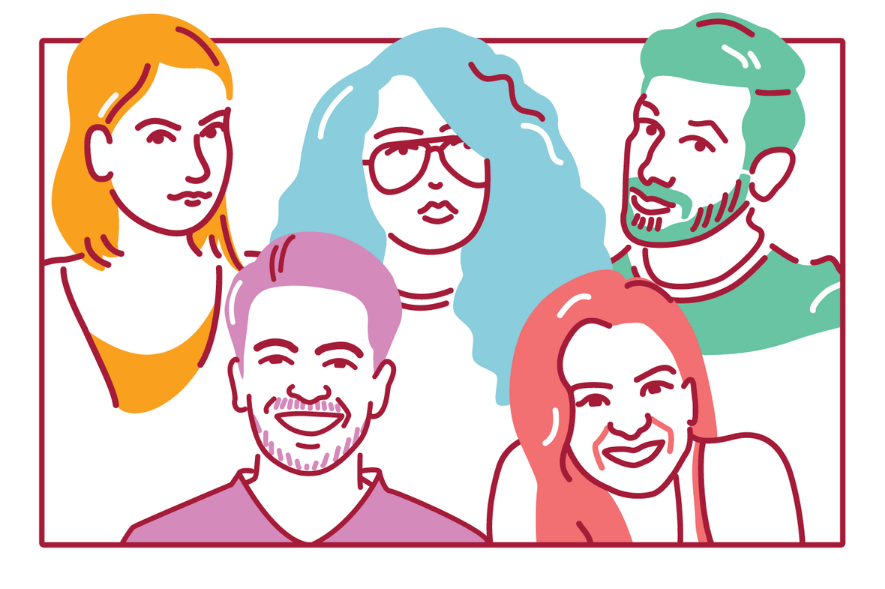 This story is part of Issue #2 of Big Little Things, a limited-edition magazine, produced and published by Paper Planes for UnLtd India, a launchpad for early-stage social entrepreneurs. Read more about this collaboration and UnLtd India here.

It’s been a lifelong aspiration of mine to join a laughing club. I first saw one when I was 3 or 4 years old, and we visited our Mausi’s high-up apartment by the Bombay sea. It must’ve been the early evening, the light was soft, and I remember hearing unrestrained, joyous peels and guffaws waft in on the sea breeze. I remember seeing, across the street, in a park by the promenade, about fifteen senior citizens in a circle, bent over in fits of loud, contagious good cheer. The sight made my brother and I erupt too and, in turn, the grown-ups around us. Whoa. Magic.

I never did join one but I held onto that childhood reverence for whatever alchemy unfolds when a group of people enters a fit together, stomachs aching and eyes watering and nobody able to breathe — an alarming set of symptoms, but of unselfconscious delight.

While it’s no laughing club substitute, I did end up befriending a bunch of comedians, somehow. Some of them agreed to chat with me about laughter.

Even at the level of professional comedy, making a joke means what it does over a family dinner table or on a date or in a classroom — a desire for appreciation, a way to feel validated. And laughter, in response, is a confirmation from another person that they’ve seen you, they’ve accepted you. They’re on your side. But as I write, a hundred-and-something days into social distancing, we’re laughing a bit differently.

The 2020 internet is a smorgasbord of every type of comedy imaginable and humour is the core of our virtual lingua franca — we communicate in GIFs and self-deprecatory memes, we’re eyeball-deep in irony, we process the news as punchlines on Twitter. I’ve found myself guffawing at plot twists in TikToks, roast battles in group chats, absurdist Instagram filters. But I wonder if it’s the same as laughing together IRL.

Gifting a friend a 😂 or “hahahahaha” is to assert, each time, some crucial ingredients of well-being: connectedness, mutual acceptance, warmth, shared joy. And those assertions pile up to create the cushion, the safety we need, within which we can have harder conversations.

For actress, impressionist, and comedic genius Kusha Kapila, who now keeps over a million people in splits online, humour has long helped broach difficult realities with an exclusive audience of family and friends. “For me, body image issues started very, very early in life,” she said. “There was a lot of pressure to lose weight from all quarters, whether it was school, parents, family functions. And like in most cases, humour was a coping mechanism.”

Inundated with critical comments from grown-ups, she became a brilliant observer of their mannerisms, their vocabularies, their ticks.

“I’d impersonate them for my cousins and siblings, and we’d all get a good laugh. I’d impersonate people from my own family, or teachers who were mean to me. It was a way to rise above it,” she said, “and to share a difficult experience with friends in a light-hearted manner.”

Sharing difficult experiences in a light-hearted manner — this reminds me of my nervous giggling in therapy sessions. The rawer the terrain we’re navigating, the more I find myself cracking jokes about it. Thankfully my therapist, Sonali Gupta, laughs along.

“Humour is an integral part of healing,” she said when I asked about it. “Humour, if used intelligently and sensitively, can often help us identify our blind spots. Humour, whether in therapy sessions or on meme pages, can make people less defensive and more open to acknowledging difficult feelings they’re struggling with.” At a collective level, we’re navigating some tough terrains right now. I won’t list all the blows 2020 has dealt us, but the volume knob has definitely turned up all at once on several perennial wellsprings of suffering – death and illness, extreme hunger and extreme division, scarcity and layoffs.

“I think humour is humans’ way of bonding against bad fate,” comedian Biswa Kalyan Rath told me later. “People have done this during all crises, during wars and famines. It is a human superpower to look at tragedy and laugh.” Kusha painted a more vivid picture. “Within the garbage that this world is, comedy lifts you about two feet above the shit,” she said. “You can just be suspended away from your own failings and crises for a little bit, just float above the garbage — then fall down back into it when you’re ready.”

As a long-time internet addict, my hunch is that even outside of pandemics and wartimes, our expectations are too often let down by reality. Search “first meme ever” on Google Images and you’ll know what I mean. And too often, it’s our own doing.

Meme formats have always revealed this. Think of the sustaining “me vs. also me” (me: “I’ll go to bed at 10pm tonight and get a full 8 hours of sleep,” also me: *learning the Bole Chudiyan choreography at 3.23am*). Or consider the Distracted Boyfriend, perpetually tempted by a worse choice while a reasonable one waits disgruntled. Or Drake, frozen in the Hotline Bling video, permanently rejecting a difficult option in favour of an easier, potentially less effective one.

For as long as we’ve memed, we’ve been confessing to one another that things, repeatedly, do not turn out as planned. But the real beauty of the viral web is that we each have our own highly specific cocktail of expectations and let-downs that we need to rise above, and we’re able to find highly specified levity. There are meme pages for Man Utd fans and for communists and for home chefs. For the depressed and anxious, for feminists, for fat girls, for zero-wasters, for gym bros. @bahujan_memes gives steam and solace to the anti-caste, @descartes_before_the_horse captures the particular angsts of amateur hobbyist philosophers, @bpdboys offers commiseration to men with Borderline Personality Disorder. In each corner of the meme-web, we assert the very specific complexities of our specifically held identities with humour and, more importantly, in understanding company.

And behind each of those jokes is a person, dealing with things in the same ways we are, but whose weird, sacred instinct when they’ve been hit is to sit the pain down and dare to find it funny.

Rega Jha is the former founder and editor-in-chief of BuzzFeed India, and a current writer and columnist. She’s on Twitter and Instagram at @regajha.

Aditi Elassery is a freelance graphic designer based in Mumbai. She’s on Instagram at @aditi_e.