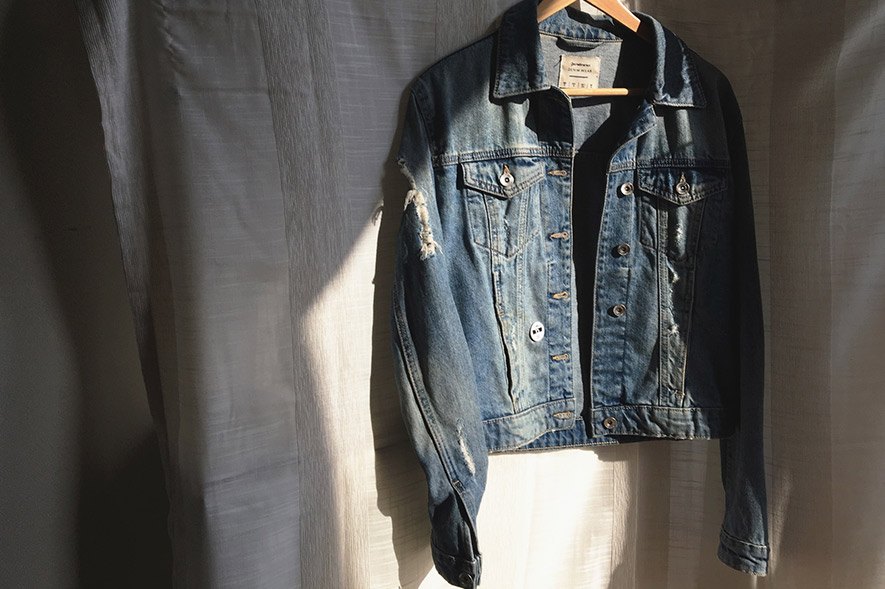 When I open the doors to my wardrobe, I see the columns of the cupboard run like freeways, branching out into shelves like neighbourhoods, with piles of clothes like buildings — nightwear, denims, heirloom sarees and sweats share the space with mutual respect. It’s a prime model of vertical living, a wearable city if you will. There’s no lockdown here.

A collective sense of unease is slowly beginning to taint the way we perceive the outside world. At the same time, we are also (re)learning how to truly just be at home, looking inward for a sense of control, familiarity, or change. On my own quest to break the monotony, diving into my wardrobe only made sense. It bursts at the seams with anthologies from the past. One piece of clothing that comes to mind is my mother’s green-yellow Mangalgiri sari that I’ve worn almost five Diwalis in a row. On the morning of Diwali ’18, it was the sari I wore to my first serious grown-up job in the city I grew up in . This was also three days after I got my driver’s license and the first time that I decided to drive to work without anyone in the passenger seat. First time on the highway, first time going 120kmph. It’s hard to describe that feeling of liberation and being in control. It also reminds me of my mother’s own stories of her commute to work as an independent 20-something — hopping onto crowded buses in Pune in heels and a simple yet sharp, neatly draped sari. Neither of us can head out right now, but a quick trip down a very vivid memory lane is a good salve.

Most of the clothes in my wardrobe have earned their longstanding place simply because they’ve stood the test of emotional durability. Along with me, my mother too is on this panel of judges. As I write this, she is working away at the sewing machine in the next room, making a quilt of all of the frocks she bought me when I was just a little over three feet tall. That’s her way of offering them a brand-new lease on life, better suited to my current height.

In a wonderful essay for Current Obsession magazine, Dutch art historian Liesbeth den Besten describes the act of collecting “not only as the gathering of things, but also knowledge. Collecting is about curiosity, creating your own world, categorizing and arranging things according to your own rules and your own order.” Like a personal heraldry, my closet stores important, tangible reminders of my memories and experiences.

With clothes, we also seek new roles. As children, we played dress-up with a sense of aspiration. I remember attempting to wear a sari so often that my grandmother finally decided to get me one of my own — a kid-sized sari to keep me from tripping. I wanted to be as put-together, in control, caring and strong as her.

Not much has changed. Today, as I stand before my closet, I think about a role I’d like to embody. Some days, I genuinely want nothing more than to stay in my pyjamas and be snuggly. On other days, that radically changes — I pull out long-abandoned jewellery, wear a colour I typically shy away from and throw on my well-travelled denim jacket. I may be sitting at my work desk, but a little part of me is in sunny Barcelona.

Right now as we #WFH, with no one to judge, question or comment, it’s a chance to embrace our wardrobes with a renewed sense of freedom, liberated from corporate dress codes and other self-imposed limitations (see: @wfhfits). If sitting by your window in an old evening gown helps make Excel sheets more exciting, you do just that. There are no rules here.

In this new age of FaceTime photoshoots and deliveries on hold, we’ve shifted our attention from apparel to individual, and our clothes can now be an effective tool for creativity or self-reflection, or both. I’ve been returning to well-worn clothes to find new ways of seeing, and wearing, them. In all their faded, pleated, patched and laced glory, these pieces of clothing hold important lessons in gratitude and resourcefulness — it’s just a matter of opening the doors.

Shama Nair is a visual artist, currently based in Dubai. She draws inspiration from quiet corners of the city and is often attempting to document the aesthetics of everyday life. Find her on Instagram at @shamanair.