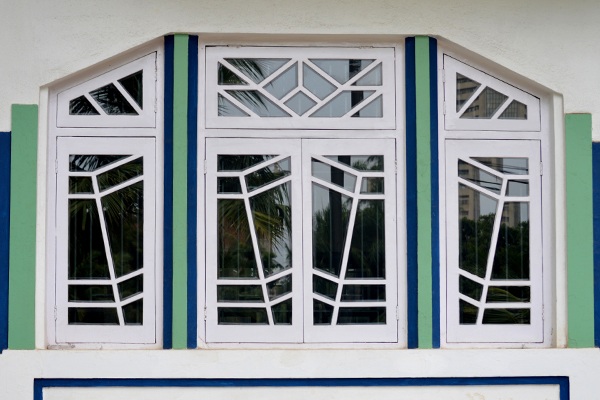 The sun never knew how wonderful it was, until it fell on the wall of a building,” said the American architect Louis Kahn, one of the master builders of modern architecture in the 20th century. A walk down the western stretch of Mumbai’s Oval Maidan in the morning — the one lined with the celebrated Art Deco apartment buildings — reveals a theatrical display of light and shade, owing to the articulation of architectural details. This gives way to the construction of symmetry and asymmetry, rhythm and repetition, and sinuous, multi-dimensional forms.

It is a well-known fact that the Oval Maidan is flanked by robust 19th-century Victorian Neo-Gothic structures on the eastern edge — the High Court, the Secratariat, and the Convocation Hall of the Bombay University with their spires and flying buttresses — and the Art Deco enclave of the early 20th century on the other. Together, the ensemble features on UNESCO’s World Heritage list, as of July this year. These Art Deco façades are often described as Indo-Deco, a blend of Indian motifs and typical Art Deco elements.

The architects perhaps thought choreographically — synchronising space and scale in their designs to signify movement and an expressive force and gravitas of sorts. They did not shy away from using undulating lines, aerodynamic curves and colossal forms, all bulk and snarl in reinforced concrete and stucco.

However, it isn’t just the tree-lined Oval stretch that boasts of this dynamic typology. These visually arresting motifs — ranging from nouveau floral arrangements, to the chevron stripe, a magnificent ziggurat, or the striking colours of this tropical lexicon — are strewn across the city. Take, for instance, the glorious sunburst on the frontal façade of Najoo Mansion near Indira Docks in Mazgaon; the burly forms of the polyhedron-like Great Social Building in Fort; or the rather eye-popping, curvilinear balconies of Sanghrajka House in Matunga. The perfectly poised typeface of the Chez Nous building in Bandra, or the spaceship-like, all-grey-interiors bar bearing the same name housed at the West End Hotel are more examples. Keep an eye out for the steel-grey Ismail Begumuhammed High School as you zoom along the flyover over Mohammad Ali Road for its column after column of sunbursts, or pause to notice the solid, architectonic typeface of York House on Henry Road in Colaba.

While the term ‘Art Deco’ was first officially used only in 1966, it finds its origins in the 1920s. The nomenclature perhaps stems from the Exposition Internationale des Arts Decoratifs et Industriels Modernes held in Paris in 1925, after which it expanded rapidly across the globe, propelled by the winds of commerce and capitalism. In Bombay, it was embraced with unbridled fervour and catapulted to popularity during the 1920s and 1930s, defining cinema buildings and the fabric of many a precinct during these decades.

Originally inspired by the speed and efficacy of machine-age travel, nautical elements and streamlined patterns weren’t just incorporated in transportation and architecture but also furniture, jewellery, flooring design, posters, as well as everyday objects including portable classics like pocket mirrors, minaudières, and cigarette cases and lighters. During the Jazz Age of the 1920s-30s, print advertisements began promoting smoking as ‘glamorous’, with a streamline-patterned, chromium-plated steel Ronson cigarette lighter being the most popular.

Closer home, ‘Art Deco walks’ now feature on the itinerary of every city tour group, and while they can sometimes take on a nostalgic, social media-optimised format, they map and document these buildings whose individuality and legacy will endure as much as their new-found popularity.

Khorshed Deboo is an independent writer and text editor based in Bombay.