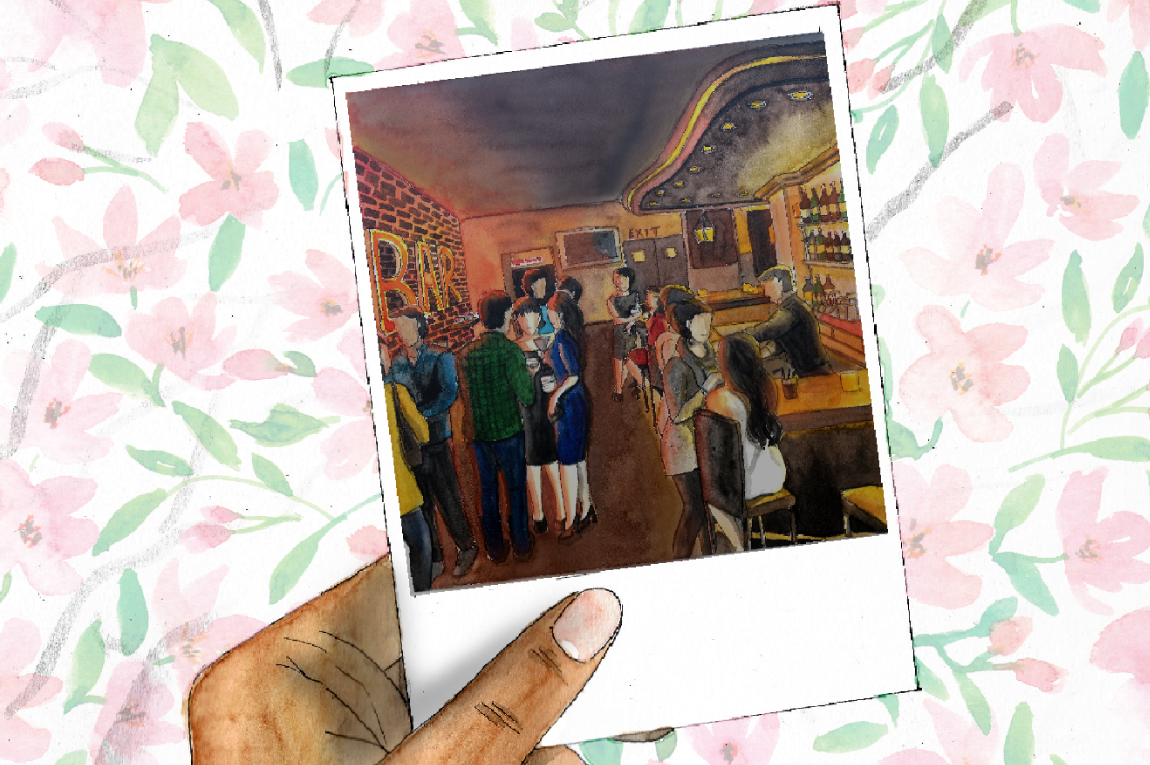 Then practice losing farther, losing faster:
places, and names, and where it was you meant
to travel. None of these will bring disaster.

From One Art by Elizabeth Bishop

How old were you when you realised that the things you missed weren’t so much physical tangible as they were ethereal state of mind feelings? I was already in my mid-thirties I think, so about a year or two ago, and I began to categorise the sensations I longed for: that sense of possibility before you go to a party, that particular smell/safe zone of your mother’s chicken curry hitting you on a Sunday afternoon, after you’ve spent the morning reading, that sensation that hits you just below your solar plexus when you check your email and see it’s from a friend you haven’t heard from in a long time — part pleasure, part pain because the moment is so short, so fleeting, and it’s almost over already.

I lived in Bombay — always Bombay to me — twelve years ago, and it already feels like that experience belongs to someone else. When I lived in Bombay, there was a group of us that always went to Zenzi, a bar on Waterfield Road, too expensive for my journalist salary, but did that matter when you could get one rum and Coke and then spend the rest of the night people-watching? People often bought you (me) drinks, and it didn’t matter if I went there alone. I knew the bartender, he’d make me something extra-extra large and I’d sit on a barstool and wait for someone I knew to show up. Other people went to Toto’s, a little bar that played rock music and had cheaper drinks and the same “everyone knows your name” vibe, but we went to Zenzi and hung out with the finance ‘dudebros’, the fancy Bollywood types and the expats. I liked it because of their smoking section, technically part of the bar but with an open roof so you could sit at a table and puff away if you liked.

As I’m describing it, I don’t know why I liked it so much though. Perhaps it’s because we all agreed to like it, to meet there a lot. Perhaps you had to be there, in Bandra, at that point in time. Perhaps it’s because we felt young and beautiful and limitless. If you put me in a similar bar now, with your finance types and Bollywood types and a revolving door of ‘dudebros’ from all over the world, I would roll my eyes at you, even though I don’t need people to buy me drinks any more, even though maybe now I am the right age for a Zenzi, less anxious, less self-loathing.

“Do you miss Bombay at all?” someone asked me at a house party recently, and I said, “Yes” and then I said, “No, what I miss is Bombay in 2007.” And she nodded like she understood, and maybe she did, maybe she also has a place, a Bangalore circa 2011, a Pune in 1998. We’re homesick for that time, for the lives we had then.

I had a Delhi Zenzi also, it was called TC. I went every week and everyone knew each other. They had cheap drinks and rock music like Toto’s, but the crowd was a good mix of half young-and-lovely and half ageing hippies. We felt safe at TC. Unlike Zenzi, TC never shut down — it splintered at one point, a difference of opinion between landlord and owner, and the original location is just a six-minute walk from my house, but it is TC and it isn’t. For one thing, the bar has moved up from the basement to the first floor. You wouldn’t think this makes a difference, but it does — the room is larger, the tables scattered. For another, even though I still smoke cigarettes from time to time, I’m older and I can no longer sit in a bar that allows indoor smoking. The air is always deep and foggy, my hair and clothes stink after an evening, the music is too loud, and I am old, old, old, and there’s no getting around that fact.

Why do we fetishise nostalgia so much? We listen to old songs and our eyes light up if we spot something iconic from our childhoods, in my case, it’s candy, those old Phantom cigarettes that left your fingers sticky, or the black tangy ball candy called Fatafat, the Ayurvedic digestive it was sold as. I recently bought a packet and while it still tasted the same, my palate has changed. I’m not eight years old, I don’t have the patience to suck the sweet black coating off and keep pulling it out of my mouth to watch the colour fade to grey. I had a Nirula’s pizza too the other day — it was so bad, but surely that’s not the way it always tasted?

Also, things are better now. They may not seem better, but they are. We have so many choices across the board, so much technology, we have entertainment always at our fingertips, we have the internet at its peak, we have accountability, we have more money, we have ways to make our lives better in ways that we wouldn’t even have dreamed about a decade ago. I could be homesick for 2007, but I was also mostly unhappy, mostly so much more vulnerable than I am right now.

“The art of losing isn’t hard to master,” says Elizabeth Bishop, and she’s right, you know. It isn’t. “Lose something every day,” says the poem, and so goodbye to this day in March, a regular day, a few friends dropping in unexpectedly, the smell of what I’m cooking for dinner, a good book on my Kindle, a cat stretching from his nose to the tip of his tail. I’ll miss this day in the future ― I won’t know what I’m missing, but I will long for the feeling of perfect music on, the weather just right, the everythingness and nothingness of Delhi, circa 2019. What will be the nostalgia of the future are our lives right now, just here, in this present that will never be the present again.

Meenakshi Reddy Madhavan has written six novels — including two for young adults — along with a collection of short stories. She has also contributed to several anthologies, and writes essays and columns for a variety of publications. Her most recent book is The One Who Had Two Lives, which is the second in the Girls of the Mahabharata series.