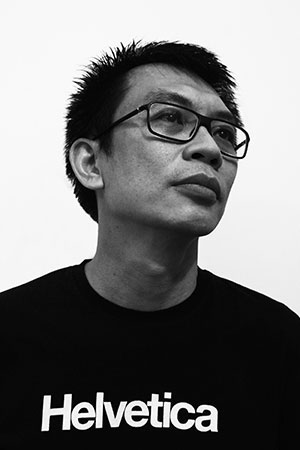 Many moons ago, Kay Khoo - creative director, Kyoorius and chief innovations officer, Creativeland Asia – had a bookstore where he used to sell indie magazines, among other literature, to a passionate and niche set of readers in Malaysia. Today, he leads one of the most well-known creativity magazines in India, Kyoorius. In between, he has worked on magazines ranging from economics and trends to green ways of living.  Needless to say, magazines play a huge role in his life. He has both the professional precision for identifying some of the best indie magazines in the world right now, and an earnest curiosity to consume and collect them.

As Kay mentions in his chat with us, indie magazines might have acquired more of a collectible status now. However, since the last few years, the quality of magazine content has shot through the roof, thanks to the relentless efforts of indie magazines across the globe. We are seeing extremely interesting niches and fiercely original ideas being explored. Quite a few indie magazines (Lucky Peach and Apartamento for example) are now slowly attracting a global audience. It's a good time to be an indie magazine, and we hope that in the time to come, each indie magazine finds a way to be completely sustainable.

And without further adieu, here is our conversation with Kay about magazines. Edited excerpts:

Could you tell us about the bookshop that you used to run in Malaysia? What happened to it eventually?

The bookshop had a lot of books on design, interiors, architecture, etc. There were a lot of independent magazines. And nothing like this was available in Malaysia before this. Earlier, I used to just pick up magazines from wherever I could find them, like Eye Magazine, Colors. That was the time when David Carson was designing magazines.

So for the bookshop, I started importing all these magazines from everywhere like Pop, The Face, AnOther magazine, AnOther Man, and Dazed & Confused. They were very popular.

I ran the bookshop for about four years. And then the Internet happened. The younger generation was more into googling things. They were more interested in just looking at the pictures, rather than actually understanding the context of things. They didn’t want to know who the art director was or who actually took that photograph they were seeing. So eventually, people were buying less books and magazines. The Internet really changed everything.

But do you think that we are kind of coming full circle now, as we have started looking at print again?

Not really. I think people who have gone back to buying print magazines are really collectors. Before the Internet, however, people were buying magazines simply because they were useful. For example, when I had the bookshop, the fashion magazines we had were really cutting-edge. People could actually learn so much about photography and art direction from them. There is something about flipping pages in a sequence and seeing an entire photo set in a cohesive manner. But then people started saying ‘What’s the point? We can go to the Internet and get all this.’ So people don’t perceive magazines as food for thought any longer. They are just collectibles. Most people don’t want to spend too much money on magazines.

What about so many indie magazines being created in the world right now?

Most are passion projects. Think about how much advertising money they are actually getting. How are they sustaining themselves? I don’t know.

What do you think about the indie magazine scene in India?

Again, I don’t think they are sustaining themselves. Where is the advertising money coming from? It’s a very cliché thing to say but magazines need advertising money or revenues from co-branded content. Retail and distribution sales rarely cover the costs.

But the good thing is if you have a great website, then whatever you produce in print becomes a good collection for people. You take a more mainstream approach like The Great Discontent and It’s Nice That, for example. They both have great and popular content on their digital platforms, and then eventually they decided to get into print. In these cases, most of the loyal readers would end up getting the print versions. So building a strong online presence and then going print seems like a good model.

So what are some of these magazines that you worked on before Kyoorius?

We worked on this magazine on economics and trends titled Penang Economic Monthly in Malaysia. It was a real economic report. When we took over the design, we transformed it into something more interesting and digestible. We worked on it for almost two years.

Another magazine I worked on covered subjects like green economy, green buildings and energy. Again, it was a very technical subject which we tried hard to break down the complex content into easily understandable formats. I was part of the editorial board there. The ultimate goal was to make the content more accessible, and easier to understand. It was a great learning process.

Now coming to Kyoorius, what are some of the biggest challenges of bringing out the magazine?

Quite a few things actually. One is to decide if we want to be journalistic or opinion driven. Another issue is the gap of 2-3 months between two issues. That is a big gap, and the time difference poses a problem in terms of carrying newsy/topical stuff. However, the beauty of it is that the magazine can be a reaction to whatever has happened.

In terms of content, things keep changing. At one point, we did these long format interviews which I thought was interesting. But then I am not sure if people are spending too much time reading. So should there be more pictures or should there be just eight pages of text? These questions about the layouts keep emerging from time to time.

Then finally the question of what do we carry on the digital version, kyoorius.com. How should the integration between print and digital be? Should print take the lead and the dotcom remain a complement to it, or should digital now take the lead and we eventually take the content to print for a more in-depth treatment?

What do you think about the relationship between editorial and design?

Since I have worked with about 4-5 magazines in my life so far, I have seen both kinds of relationships between art directors and editors. One is of course where both do their own jobs, and the other is where they really collaborate.

Colors magazine’s designer/editor, the late Tibor Kalman, is a great example of the latter. An editor who designs, or a designer who edits and writes, and the in between roles. That blurred position is something I find very meaningful.

In one of the magazines I worked for in Malaysia, I enjoyed the freedom where we had an equal say in deciding the editorial direction as much as the visual outcome, determining how a story can be told.

This is why I still do Kyoorius Magazine. Here, I have a role that blurs the boundaries between an editor, an author and a designer.

What is it that still sustains your love for magazines?

There is a sentimental value attached to it. It takes me back to my bookshop days when there were magazines like Rolling Stone, which was the magazine at that time. Now everything might be online, but at that time we would eagerly look forward to every new issue to read exclusive interviews, see stunning examples of design, art direction and photography (which was under the helm of Fred Woodward). Reading the magazine was the only way to do all that.

I still have this very romantic sense about the magazines, of making the best out of every issue which inspires the readers to say ‘Oh, I am going to treasure this in my bookshelf’.

What are some of your favourite indie titles?

I just got a few copies of mono.kultur. And I have to say that it’s pretty well done. There is no consistency in the issues, which is actually so cool. It focuses on one subject so well, and that forms the basis of what they do with the layout.

There used to be Tate magazine earlier by Tate museum; not sure if that’s still around. It was interesting because again it was a product of a close collaboration between a designer and editor. Colors magazine is another favourite.