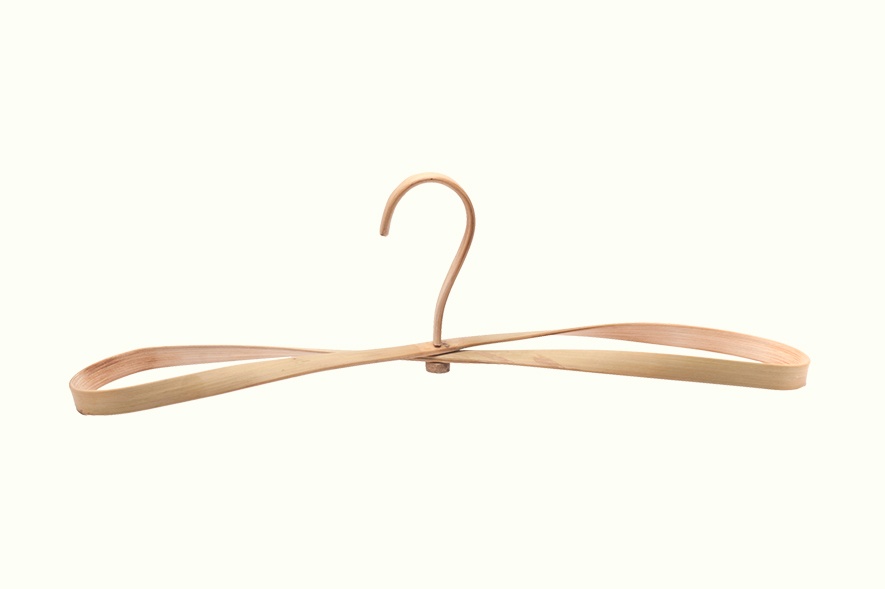 Bamboo. It’s one of the world’s fastest-growing grasses, it’s strong, and yet, it has been sorely less popular in product design. Pravinsinh Solanki wants to change that with his clean, innovative design for what is unquestionably a must-have in one’s wardrobe: hangers.

Solanki didn’t always work with bamboo. After years designing furniture and interiors — subjects he now teaches at the National Institute of Design in Ahmedabad — he wished to do more. During a visit to Nagaland, where bamboo finds its way into everything from food to furniture, Solanki became enchanted with the natural material. On his return, he began experimenting with bamboo by cutting it in different ways and making many splits and cuts. When asked about how he learnt to use bamboo, he’s quick to say: “Bamboo taught me.”

Experimentation isn’t the end though — converting exploration into application is of prime importance for the professor. “You can come out with beautiful forms, but if you’re not able to make these forms into a product, it’s not of any use,” he says.

Today, Solanki — with his mastercraftsman Subrato Sarkar — has designed 36 variants of bamboo hangers. Some are named after birds, like cisne, pato, and gufo (Spanish for swan, duck, and Italian for owl, respectively). Each is special in its own way — some are meant for coats, some for shawls or scarves, some for pants. What’s particularly interesting is that these hangers come in small boxes and can be assembled by the user.

The attention to detail is something Solanki picked up during his time working in Italy. From fashion and furniture to automobile and engineering, “everything is commercial, well-designed and well-marketed,” he says. “Our craft and culture [in India] goes back a long time — but people still always come here and ask for a cheap price. I decided I will work on bamboo but not as [just] another craftsman.”

Bamboo, which he sources from Assam, has been used in crafts before — as hats or baskets — but not in luxury products, Solanki says. With these hangers, he hopes to leave a lasting impression on the user and create an appreciation, and eventually a lingering demand, for bamboo products. “Crafts shouldn’t die; the value should increase day by day so that the next generation also adopts the craft,” he says.