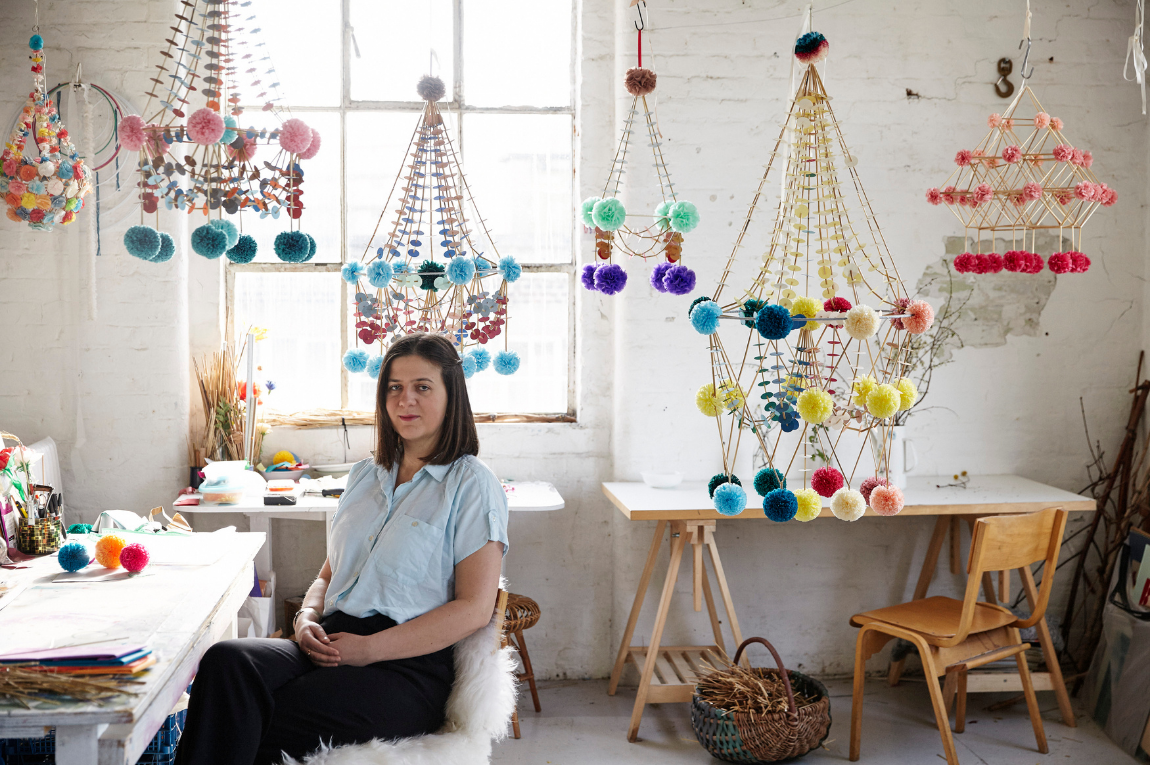 Around the world, festive seasons involve the sprucing up of homes. In Poland, this happens with pająki (pronounced pah-yon-key). In the dead of winter, when there’s not much work to do outdoors, Polish peasants would pass their time making—and then decorating their homes with—these cheerful chandeliers.

Handcrafted out of rye straw and coloured paper, pająki resemble spindly spider legs, which is fitting—the word translates to ‘spiders of straw’. Pająki-making is part of a Polish paper-cutting craft that’s said to date back to around the 18th century. These hangings were often accompanied by other paper decorations in country homes, particularly during Christmas, Easter, weddings and christenings.

“We don’t actually know where they originate from,” says pająki maker Karolina Merska in a short film about her work with the art form. “There are similar straw decorations in Lithuania, Ukraine and Finland. However, Polish pająki are the most decorative ones and colourful.”

Merska is known for her work to revive the dying craft. Working out of a studio in London, she readies hundreds of hand-rolled tissue paper and hand-cut straw, which goes into an average pająki. In the video, you see her strategically cutting and ruffling little bits of coloured paper to make pretty pompoms, which are then strung up along with pieces of straw. Her pająki come in all shapes and sizes—the largest was an installation at the London Design Festival in 2016. She’s experimented with contemporary, geometric designs, but also handcrafts staid, traditional ones. “The most popular one is the one which has been inspired by the chandeliers hanging in rich palaces or churches,” she says. “You can have a simple or difficult version; it depends on your idea and design.”

Karolina Merska is conducting a pająki-making workshop at the Bengaluru by Design Festival on Nov 24, 2018. Details here. She is also installing a pająki from the ceiling of UB City in Bengaluru for the festival.